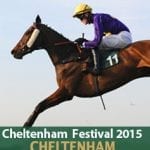 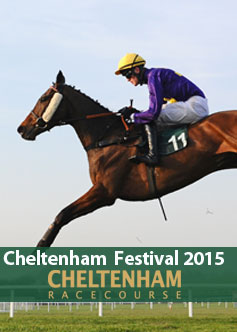 All the big names appear to be gathering for JCB Triumph Hurdle with Peace and Co looking to be the early favourite, rightly so following an impressive season. But at 7/4 the odds don’t seem to represent any real value in my opinion, especially considering the strength and calibre of competition standing in his way.

As with every other day of the festival, Willie Mullins’ name crops up again, this time it Hargam that gets the admiring glances as the grey is next in line with the bookies. He is also likely to run Karezak in this one, but the form of both needs improvement if they are to match Peace and Co.

Peace and Co previously beat Karezak and Starchitect quite comfortably, as did Hargam by 1 ¾ and 13 lengths respectively; so may be worth a punt at each way. Beltor could be an interesting participant but my each way bet is another from the Mullins stable.

At 16/1 we would be remiss if we overlooked Kalkir, he may be overshadowed in the form guide by some of his competitors but the way he has travelled has impressed us, it appears the ground expected at Cheltenham is ideal for this horse.

To be honest there’s only one that stood out to us in the AB Hurdle and that’s Black Hercules. If there was ever a horse perfectly suited to a race then this would be it, the odds don’t look half bad either at 6/1

Well this is the race we’ve all been waiting for the 2015 Cheltenham Gold Cup, with Silviniaco Conti leading the way.

Following his win in the King George earlier in the season Silviniaco has the best form of any of the runners in the Cheltenham Gold Cup, but despite this there are a few others that have caught our attention.

Djakadam has been gearing up for the Gold Cup and even managed to put in a classy performance in the Hennessy despite defeat. His next outing proved more successful as he overcame My Murphy and Goonyella; if not in 2015 we expect Djakadam to be a Cheltenham Gold Cup winner one day.

For the 2015 Cheltenham Gold Cup its Holywell that has our ante post each way bet. He loves this time of year and it’s usually when he comes in to his own. It’s also handy that like us he also loves Cheltenham, 10/1 is a little shorter than we would have liked but it still represents excellent value.

As with the AB Hurdle, The Foxhunter Chase is a one horse race in our eyes and looks at the mercy of Paint The Clouds, with Cheltenham form he jumps well and stays all day so anything other than a win would be highly disappointing.