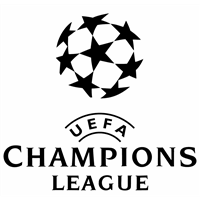 For the first time in the history of the Champions League, both teams facing off in the final to lift the iconic jug eared European Cup, reside in Germany. Which is only fitting really when you consider that the final is being played in the back yard of their bitter footballing rivals, leading to a German invasion of such a scale that would probably have Winston Churchill turning in his grave. But even Churchill wouldn’t be able to turn his nose up at some of the great Champions League final betting offers on show here.

It doesn’t come as much of a surprise that Bayern Munich are in the final and hotly tipped to lift the trophy, we were so sure of it we backed them at 9/2 during the last 16 knock out stage. But Borussia Dortmund have performed footballing miracles to see off some great teams and book their place in history, though how significant that place is remains to be seen.

I doubt Dortmund will just arrive happy to be making up the numbers, but the chances of them pulling off another Wembley shock, in the same month that saw Wigan beat Man City to lift the F.A. Cup, are slightly reduced; with the Bayern bound Mario Gotze ruled out through injury the task just got that little harder.

For Bayern the motivation to win is evident, Jupp Heynckes takes charge of his last competitive game for Bayern and will be looking to put the disappointment of last year’s defeat at the hands of Chelsea firmly behind him; cloud which also hangs over the heads of the majority of his squad. If rumours are to be believed then it could also Arjen Robben’s last outing for the German champions, with inbound coach Pep Guardiola already stating that Robben’s playing style doesn’t suit his footballing ideology.

I personally think Dortmund have used up all their luck against Malaga and Real Madrid and Bayern will emerge victorious on the night, but whatever the outcome its sure to be a fantastic spectacle.

If Robert Lewandowski scores the last goal in this match, Paddy will refund all losing First Goal scorer, Last Goal scorer; Correct Score and Score cast singles on the match.