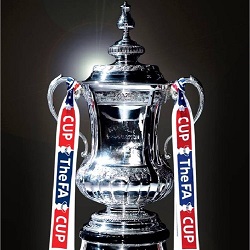 With Chelsea unable to beat a team fighting against relegation on Saturday, there only hope of silverware lies in the FA Cup and they will need to be as good as their second half performance last time around to win.

One goal in ten games may be a purple patch for Fernando Torres, but not for Robin van Persie. That’s the surprisingly barren run he was on before the international break. Now he returns to Old Trafford having scored three goals in two World Cup qualifiers.

Which is why Paddy Power are offering money-back if he scores the final and most likely decisive goal during regular time in Monday’s FA Cup replay against Chelsea at Old Trafford.

Prior to his drought RVP had smashed in twelve goals in twelve games, getting on the score-sheet in eleven of the twelve matches. Of the 19 individual games in which he has scored for Manchester United this season, the Dutchman has scored the last goal in ten of them. Six of these came after the 80th minute.

Rafael Benitez may not have done enough to secure a permanent contract at Stamford Bridge, but the man does have a knack for cup competitions. This game could turn in to a tight tactical affair between Rafa and Fergie. If it does then some last gasp RVP heroics could be on the cards and if he makes the difference in this game, he could also make a positive difference to your account balance.

Easter Monday sees Chelsea v Man Utd in The FA Cup Quarter Final replay and they have a great Money Back Special for you.

If Van Persie scores the last goal against Chelsea, they will refund all losing First Goalscorer, Last Goalscorer, Correct Score and Scorecast singles on the match.