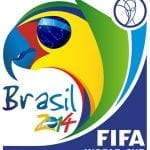 There has recently been some exciting developments at Jack Gold Casino, developments we want to share with you including the opportunity to win World Cup Final tickets in Brazil; we doubt England will be there but you definitely could.

As well as the chance to win World Cup Final tickets, Jack Gold Casino has also beefed up some of their other popular offers and bonuses.

One lucky player (plus a guest) will be in the thick of the action, at the final of the greatest international football event on Sunday 13th July 2014.

For every £20* staked on Football Star slot during the promotion period, players will receive one entry into the Football Star Promotion Draw.

You’re only a few taps away from experiencing the thrill of playing for real. To reward you for choosing Jack Gold, Jack will give you 5 bonuses worth up to £1,000 in total, starting with a 100% match on your first top-up.

As soon as you fund your account (top-up) for the 1st time, bonus funds will be added to your account instantly. Make a top-up of £50 and you’ll have £100 to play with.

Your next four top-ups will each trigger the next stage of the £1,000 welcome bonus.

Everyone starts their life at Ground Level, or Level 1. Play games for cash to unlock Levels and multiply your rewards. Reach the pinnacle by making it to Level 6.

Jack Gold is now offering games from software providers Quickspins, Aristocrat, and Cryptologic. This is in addition to their existing games from Microgaming, NextGen, Realistic, and Evolution!

Now with over 100 games for tablet, mobile and desktop platforms, there is definitely something to suit all tastes.