The 2014 PGA Championship gets underway at Valhalla Golf Club on Thursday 7th August and we have a couple of betting offers for the tournament, that we think are worth a look at; as well as where you can get the best bets as the action unfolds.

Last year’s tournament provided an exhilarating finish as Jason Dufner held his nerve at Oak Hill, to lift the Wanamaker Trophy for the first time in his career. The action promises to be every bit as exciting this year, as the world’s elite battle it out for the final major of 2014.

A host of top players will be looking to claim one of the most coveted prizes in Golf, but former champion Tiger Woods, who revisits the scene of his triumph in 2000, remains a doubt due to a recurring back injury.

Reigning Open champion Rory McIlroy, Adam Scott and two-time runner-up Sergio Garcia will also hope to be in contention following some good performances on the tour this year. 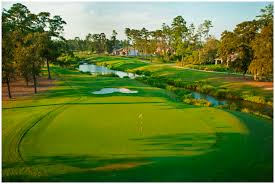 The final major of the year the 2014 PGA Championship, gets underway this Thursday at Valhalla and is celebrated in true style at Betfair.

After his win at the Open Championship and last week at the Bridgestone Invitational, Rory McIlroy is red-hot favourite currently at 5/1; for once it’s actually deserved as well.

To mark Rory’s impressive form Betfair have got a great offer for the tournament on all outright markets for all players, so you don’t have to be a new customer to take part.

Money Back on All Losers If McIlroy Wins – All Customers

Plus 6 Places on E/W Bets – All Customers

To take advantage of this 2014 PGA Championship betting special head over to Betfair!

As always Bet365 are offering a great range of 2014 PGA Championship betting markets, including their impressive in-play options.

With a fantastic initial deposit bonus and a great selection of markets available throughout the four days, Bet365 is the best place to enjoy the PGA Championship.

New to golf betting? check out our guide for beginners.