This month marks the return of Grand Slam tennis, in the shape of the French Open 2015 at Roland Garros. Whether you’re a tennis fanatic or casual observer the timing couldn’t be any better, as the 2015 French Open starts on the same day as the English Premier League finishes; meaning you can ease the pain and also continue dabbling in the betting markets.

Below you will find our French Open 2015 preview, complete with a few pointers, as well as a generous 50% Tennis Accumulator Bonus; which was launched in tandem with the 2015 French Open betting markets. 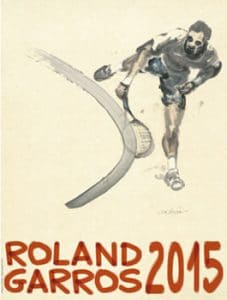 As you would expect, World Number One Novak Djokovic heads the betting to reign supreme and take the 2015 French Open Men’s Title, with odds currently standing at 4/5.

This may come as a shock to some but Novak has never lifted the coveted La Coupe des Mousquetaires, The Musketeers’ Trophy. But it’s still fair to say that the current world number one would be a pretty safe bet, given his outstanding form.

Current French Open champion Rafael Nadal has dominated the clay surface in recent years and is probably Djokovic’s biggest challenger at 9/4, the Spaniard will be hoping he can prevail for his sixth straight French open title.

British focus will obviously be on Andy Murray who is priced at 8/1, despite disappointing displays for parts of 2014. The Scot has played some of his best tennis on clay, including an impressive victory over Nadal in the Madrid Masters.

Of the chasing pack, David Ferrer stand out as an outsider having finished runner-up two years ago, as well as consistently reaching the quarter finals, so we’re highlighting him as good each-way value at 25/1.

It will not come as a shock to anyone that the women’s betting market is headed by Serena Williams available at 11/4, but don’t be deceived by her number one ranking as the American’s record at Roland Garros isn’t exactly flattering; with only two French Open wins from thirteen attempts.

Which is why we’d recommend by passing the current US and Australian Open champion, because Maria Sharapova proves to be better value. The Reigning French title holder has reached the final in the last three years and is a very tempting 4/1.

Last year’s runner up Simona Halep is also priced at 4/1 despite not yet claiming a major title, but her performances of late have seen her leap frog Sharapova in the world rankings.

As expected bet365 will be offering a host of pre-match betting markets on all matches at the French Open 2015, as well as their unrivalled In-Play markets once the action gets underway on Sunday.

If you need a little more advice with regard to tennis betting, check out our guide to betting on tennis.