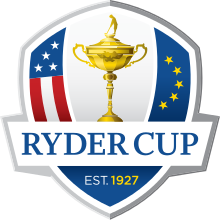 The Major calendar may be over for another year but The 2014 Ryder Cup is now only days away, with Europe and USA preparing to renew rivalries.

Paul McGinley’s Europe side look to make it back-to-back triumphs after one of the greatest ever sporting comebacks two years ago. In the rightfully titled The Miracle at Medinah, Europe came back from 6-10 down on the final day’s play to secure an outright victory of 14 ½ – 13 ½, a feat that seemed unthinkable to even the most optimistic golf fan at the start of play.

This year’s action tees off at The Gleneagles Hotel in Perthshire, Scotland on Friday September 26th and comes to an end on the Sunday September 28th. Although a repeat of last years dramatics may seem unlikely, we should certainly be in for some amazing golf at this historic venue.

Europe are odds-on favourites to retain the Ryder Cup for their third consecutive year, with their players winning three of the four Majors in 2014. Get Europe at 8/13 in the To Win Outright market or 4/9 to lift the trophy, which will be assured in the event of a tie. USA are 13/8 to get their hands on the cup.

After winning two Majors this year, The British Open and The PGA Championship, Rory Mcllroy is 7/1 favourite to be the top combined points scorer in this year’s tournament.

For this years Ryder Cup we have selected odds based on the average from Britain’s best bookmakers, but it’s not just about getting the best odds. Some of the best gamblers in the world need a little safety net, that’s where money back offers like the one below come in handy.