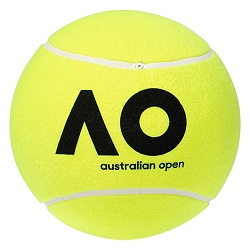 The Australian Open makes a welcome return this month and as always the first open of the season is highly anticipated. After the festive period of filling up on mince pies, turkey and booze there’s nothing quite like a spot of armchair tennis to blow off the cobwebs; and we know exactly where you can catch all the action with the best Australian Open Live Stream.

When watching your live tennis you want to be sure of a safe and good quality live stream and that’s where we come in. Below you will find some very reputable places you can watch the Australian Open Live Stream, in order of our preference.

To add to the In-Play betting excitement, you can live stream over 50,000 events live to your PC every year; so you can bet as the action unfolds. Highlights include Masters Series, Open Tennis tournaments and matches from some of the top domestic Soccer leagues in the world.

bet365 live streaming is a fairly new service that offers online streaming of over 3000 sporting events a year, with no charge. Plus a full calendar of the week’s live action in the streaming side bar, you can be sure you don’t miss your favourite sporting events.

Open an account with bet365 today if you want to experience a flawless betting experience. They also have some of the best Australian Open betting odds in the business.

Andy Murray is determined to add to his Grand Slam tally in future, placing major success ahead of the world ranking in his list of priorities. Murray is 11/2 with bet365 to win the title in Melbourne, which gets underway on 13th January; having reached the final on three occasions without lifting the trophy.

He is eager to add to the US Open and Wimbledon crowns already in the bank, putting Grand Slam success above becoming world number one.

Murray has only recently returned to action after back surgery and made an early exit at the Brisbane International at the hands of Florian Mayer.