One of the biggest days in the NFL calendar is finally upon us, as Americans around the globe gather with their families to be thankful; but more importantly we get to watch a boatload of football.

Thanksgiving has a history of throwing us some of the best matchups and entertaining games, like the 44-40 Packers victory over the Lions in 86, or either Vikings win over the Cowboys in 87 and 98 and this year looks no different.

The running order for the Thanksgiving NFL schedule leaves us salivating with three massive games, starting with the Chicago Bears visit to Ford Field to face the Detroit Lions, which is followed by the Eagles trip to Dallas as they take on the Cowboys; finally and probably the most mouth-watering of them all is the Seahawks and 49ers, who go head to head in what could prove to be a decisive game for both teams.

The Lions will definitely be glad to return to home soil and put the lid back on the can of whoop ass that was opened by the New England Patriots; a loss that allowed Green Bay to leapfrog them to top the NFC North.

Chicago’s last game also happens to have been an emphatic loss to the Patriots, but the Bears will be hoping that Detroit will be feeling fatigued, the misfiring Bears need a victory at Ford Field to keep their slim hopes of a wild card slot alive.

The Cowboys showed a lot of strength in character on Sunday and should still be buzzing form their comeback win against the Giants at the MetLife; a win that kept them tied with their opponents in the race to the playoffs.

The Eagles will produce their share of points against the Cowboys, but with Mark Sanchez giving out picks like trick or treat candy, Philadelphia will need to be on their toes; as a misplaced pass could just be the difference in what we predict may be a high scoring game that will go to the wire. 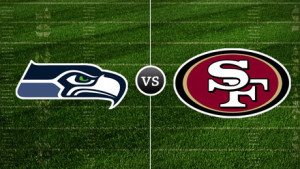 It has to be said that when this fixture was announced most people thought this match would be the division decider. But the stuttering form of both teams has allowed the Arizona Cardinals to lead the NFC West, leaving these two heavyweights to fight it out for a wild card slot.

Had this game been taking place in Seattle the 12th man would probably guarantee the Seahawks a win. Fortunately the 49ers form at their new stadium has been mixed, making this probably the most exciting prospect of the day.

Coral are offering our odds for the Thanksgiving NFL fixtures, but they don’t quite agree with our predictions, they are offering a Lions, Cowboys & 49ers win at 10/3

To take advantage of any Thanksgiving NFL Schedule odds provided, simply click the direct links provided and it will be added to your betting slip.